Writing for the screen was attractive to women, both those who freelanced from home (through open submission or writing contests) and those who sought full-time careers.

By the mid-teens, the scenario started to take shape as something more than an idea implemented on set by a director. Women contributed to this developing craft by writing more detailed scenarios and instructing on the art itself. Among those women who actively wrote original or adapted scenarios, or both, were Zoë Akins, Hetty Gray Baker, Clara Beranger, Catherine Carr, Russian-born Sonya Levien, Loos, Macpherson, Marion, June Mathis, Bess Meredyth, and Eve Unsell. Jane Murfin adapted her own plays or wrote original scenarios, and Edith M. Kennedy is mentioned in the online AFI catalogue as a story contributor, scenarist, and adapter. Many of these women also advised prospective writers on the continually expanding scenario format

Film production was an assembly production that resulted in early crediting problems that impacted the woman writer. In the absence of detailed scenarios, the final film was often far from the original story idea or plot summary, and the author forgotten. As a result, writing credits typically were either absent or assigned to producers or directors. Scholars have explored this early issue, identifying gender bias as a “possible” cause.

The need to bridge the gap between page and screen and to include the business end of film production led to further changes in the scenario and to the birth of the continuity or shooting script. Women again were on the frontlines.

Women’s readiness to handle the complex art of writing for the screen is not surprising. Most career women joined the field from acting and/or related professions.

In addition to shaping the form of their craft, women influenced its content. Writing for the screen quickly emerged as a female art form, written by women for women. By 1910, 40% of the working class audience was female, according to Kathy Peiss, and company heads were well aware they had to meet the needs of this demographic. 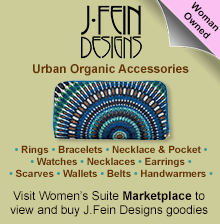