The studio I worked at created 30 programs for the BBC. Here are a few examples of Prosthetic makeup we used. In the attached photo I am wearing Prosthetic makeup playing deformed Monk wearing a shroud. While making a mold of my face my eyebrows and eyelashes were covered in Vaseline® jelly and tubes were placed up my nose so I could breath.

Also attached are photos of only a few examples of makeup and costumes we made for the shows.

Prosthetic makeup is the process of using prosthetic sculpting, molding and casting techniques to create advanced cosmetic effects. Prosthetic makeup goes back to the beginning of film making with A Trip to the Moon (French: Le Voyage dans la Lune) is a 1902 French adventure short film. Then the iconic makeup worn by Boris Karloff in Frankenstein and the Wolfman and modern prosthetic includes Planet of the Ape.

The process of creating a prosthetic appliance often begins with lifecasting. This is the procedure of taking the mould of a body part (often the face) to use as a base for sculpting the prosthetic onto. Lifecast moulds are made from skin-safe silicone rubber. 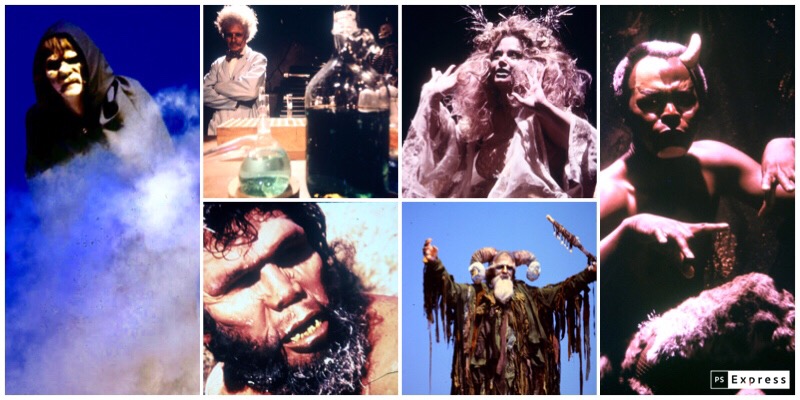