At the age of 65, the founder of The Walt Disney Company, died of lung cancer on December 15th, 1966. Walt Disney was responsible for the creation of Mickey Mouse and the introduction of the Disney Classics, with Snow White and the Seven Dwarfs as his first feature length animation. He had surgery for his cancer just a month before he passed away, and a private funeral was held the day after his death.

While Disney was cremated and interred in California, rumours circulated shortly after his death that his body had been frozen, in order to suspend him in case medical technology in the future would be able to revive him. These rumours claimed Disney’s body had been buried in this frozen state deep beneath the Pirates of the Caribbean ride in Disneyland, California. However, even Disney’s daughter has denied these rumours. 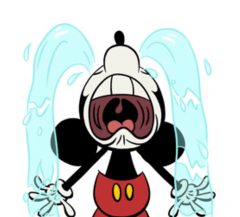