A core of Stonehenge’s Sarsen stones went missing during an archeological excavation in 1958.

A man returned a cylindrical piece of Stonehenge which he had kept for more than 60 years. 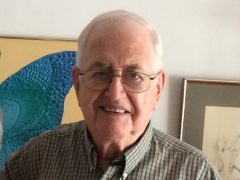 Robert Phillips was involved in extracting a cylindrical core from one of the huge stones during an excavation in 1958.

He kept the piece after the work was done, and carried it with him for decades, including displaying it on the wall of his house in Florida.

Philips decided to give the piece back as he approached his 90th birthday.

A man has given back a meter-long stone core he took from Stonehenge more than 60 years ago.

Robert Phillips removed the sample during an archeological operation in 1958, where he was working to help reinforce a cracked stone, according to Historic England, the charity which preserves the site.

Philips kept it with him for the decades that followed, initially keeping it in a plastic tube at his office in Basingstoke, before taking it with him when he moved to the US, and eventually displaying it on the wall of his home in Florida.

He decided to return it on the eve of his 90th birthday, Historic England said. The return took place in 2018, but was only made public this week.

Robert Phillips decided to return the piece of stone he took in 1958 as he approached his 90th birthday.

Archaeologists believe that the missing piece could help trace where the giant stones originally came from.

Sebire said: “The last thing we ever expected was to get a call from someone in America telling us they had a piece of Stonehenge,” she said in a statement. “Studying the Stonehenge core’s ‘DNA’ could tell us more about where those enormous Sarsen stones originated.”

Stonehenge, one of the world’s most famous prehistoric monuments, was built in several stages. The first part was built about 5000 years ago.

The site’s bluestones — smaller pieces of rock scattered around the center — were brought to southern England from more than 100 miles away in Wales. But little is known about the larger stones — known as Sarsen stones — which form its recognizable outer structure. 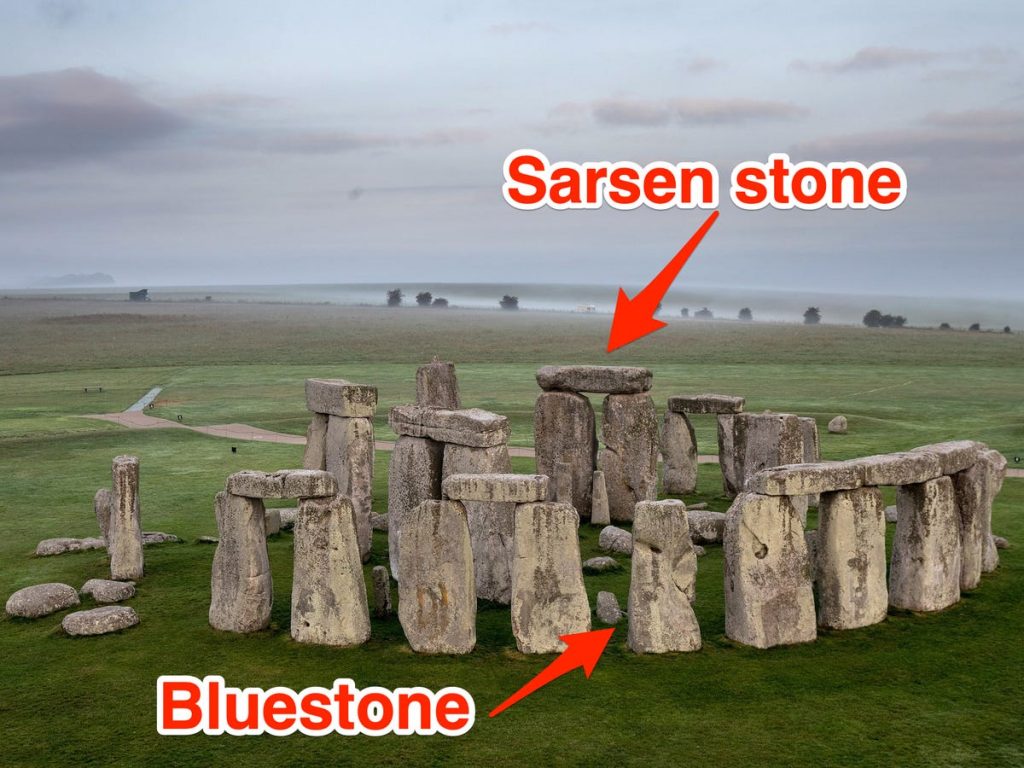 Archaeologists hope the stone’s return will help them find out where parts of Stonehenge originated.

The “pristine” core Phillips gave back could give better information on the stones’ chemical composition, providing new clues about its origin.

Professor David Nash of Brighton University, who is leading the research into the core, said: “Conventional wisdom suggests that they all came from the relatively nearby Marlborough Downs but initial results from our analysis suggest that in fact the sarsens may come from more than one location.”

The meter-long core was taken from Stonehenge in 1958.

English Heritage is also looking for two other cores that were taken from the monument. Phillips’ son Robin, who traveled to Stonehenge to return the sample his father took, said he hopes that the other missing pieces show up.

“It would be fascinating to know where the other two cores went, or indeed if there any other missing pieces out there that might be returned one day,” he said.

Stonehenge’s Missing Piece Returned From Florida After Removal 60 Years ago.Workers raising three pieces of a standing stone in 1958 after it had fallen to the ground at Stonehenge.

A vanished Stonehenge piece has been returned to The UK after 60 years.The missing stone — roughly the size and shape of a broomstick — was removed and taken by a Robert Phillips Briton, at the time working for a diamond-cutting business and relocated to the United States about thirty years ago.Mr. Phillips took part in repair works at Stonehenge in 1958 to raise one of the trilithons, the iconic three-piece standing stones, that had fallen to the ground. The work included drilling ring-shaped holes into the stone, and it produced three-foot cylinders. 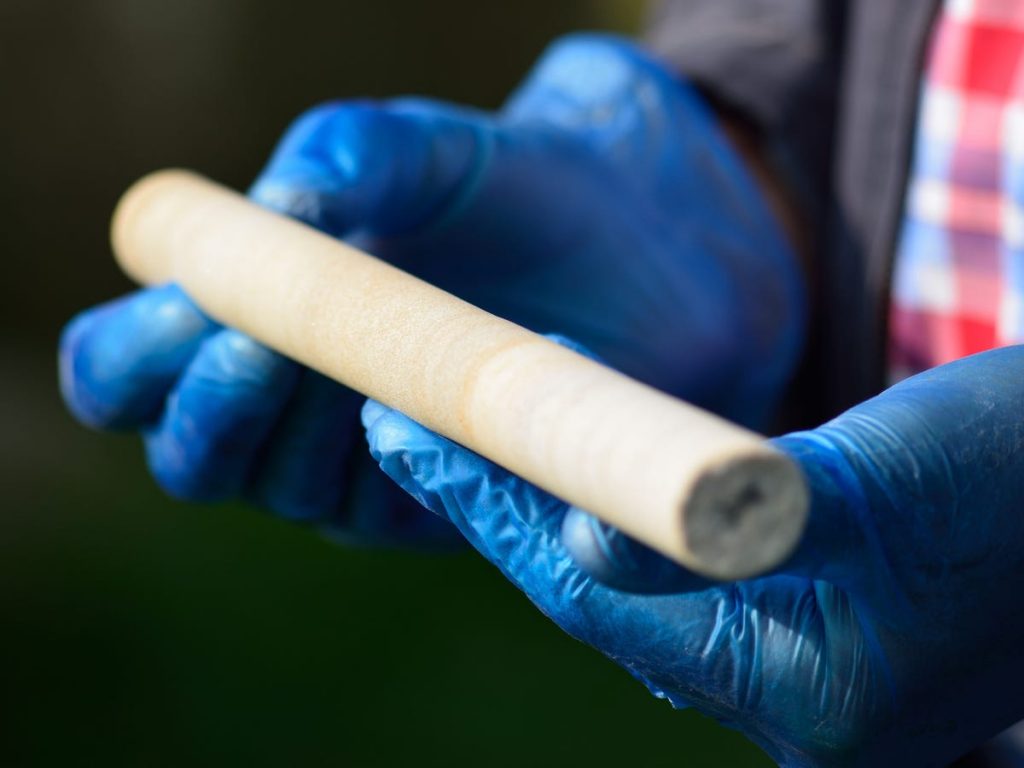 He retired to Aventura, Fla., north of Miami and kept the polished-looking stone in his office for decades. But on the eve of his 90th birthday last year, he decided to return the piece to England.

Heather Sebire, a curator with English Heritage, said “We are very grateful to the Phillips family for bringing this intriguing piece of Stonehenge back home.”

The piece is expected to provide clues to a team of researchers that had been looking into the origin of the giant stones, which stand in Southern England at about 13 feet high and 7 feet wide.

When the researchers analysed the DNA of early British farmers, they found they most closely resembled Neolithic people from Iberia (modern Spain and Portugal). These Iberian farmers were descended from people who had journeyed across the Mediterranean.

In addition to farming, the Neolithic migrants to Britain appear to have introduced the tradition of building monuments using large stones known as megaliths. Stonehenge in Wiltshire was part of this tradition.

Visit the World Without Traveling™

Watch this continuing series of videos and podcasts. These episodes visits major tourist attractions such as the Changing the Guard, Tower of London, Crown Jewels, Windsor Castle, Stonehenge, The Roman Baths, Hard Rock Hotel and where to dine. Ideas for your trip with useful traveller information. Enjoy!London “Stonehenge”: https://youtu.be/EjsqJzQd6dg